Boaz Kaizman`s films released since 2004, arise from his occupation with word and image, with verbal statement and visual object and with fiction and documentary- a field that he has been researching on since the mid-1990 in his work.

The film Maalesh at the first sight seems a documentary on a collection of Persian carpets. From above the camera focuses on the motives of the carpets that are torn aside with dash from the pile in an endless round dance. While in an almost meditative rhythm continually new patters are revealed, a voice over of a male voice can be heard. In American English, the narrator tells of his experiences, as he was asked to built up the collection for the New Museum of Contemporary Art in Tehran on behalf of the schāh-bānū(the Persian Empress) in the period of 1977 to 1978. It is David Galloway, who couldn’t maintain his occupation as the director of the museum for a long time, since shortly after the opening of the museum the Iranian revolution broke out and he had to leave Iran. Carpet designs and narration for the spectator concentrate into an in-separable unit of enormous atmospheric density. 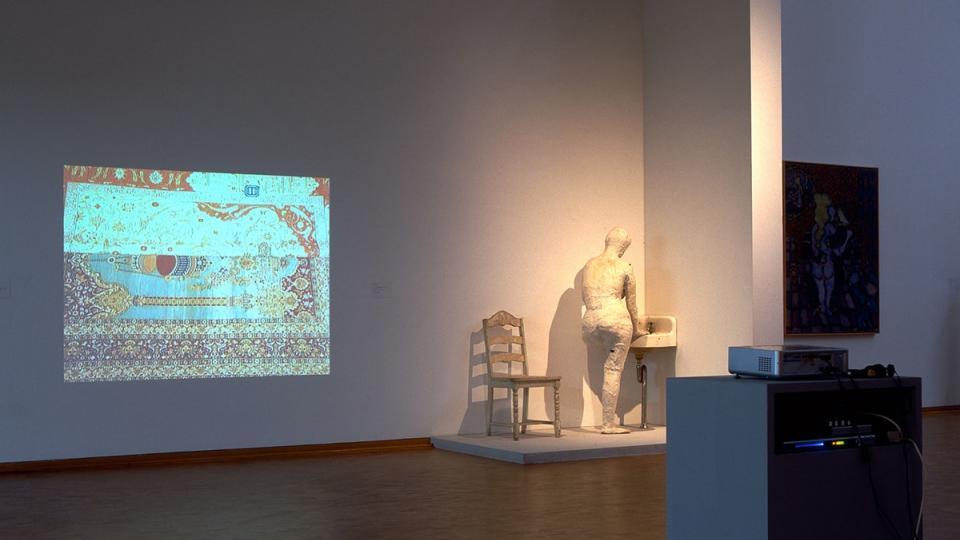