Caroline Coolen is a Belgium based visual artist. Outcasts, bastards or hybrids of man, animal and nature operate mainly as protagonists in her sculptures, large-scale drawings and installations. She brings together opposite motives to be merged in a new context. Subjects are metaphors for the human condition. Her work is characterized by an eclectic use of materials.

As an artist, she sets to work as a hunter-gatherer, who secures fragments of the world before they disappear. She is a keen observer, but reassembles splinters of reality into a new given. Through her associative thinking a kind of continuity is restored. The historical consciousness with which Caroline Coolen approaches the world – in fact: the cautious, respectful yet critical way in which she thinks and works from history – functions as a foundation for motives and quotations.

In Flag for example,commissioned by the Middelheimmuseum (Antwerp), she has turned existing conventions inside out. She started with a simple flag, hanging down like an elegant drapery – a reference to the medieval tradition of an apprentice’s ‘masterpiece’.The bright green canvas is an anti-monumental statement; it does not belong to any political or ideological fraction, nor does it carry a subliminal message.

“The reversal of conventions is probably the highest tribute an artist can pay to tradition.”

(extracts from a text by Eric Min) 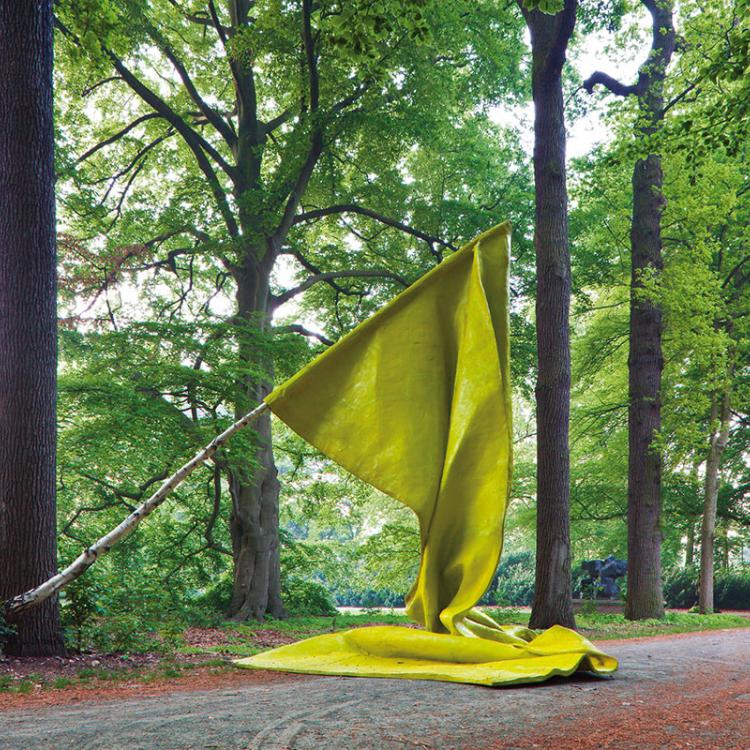